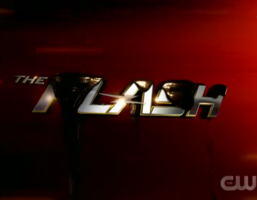 Note: If you have not watched the flash season 6 episode 7 avoid this post

FLASH WHY DID YOU CHOOSE THIS?

I never expected it. The flash has always made the right call but this is outrageous, Why did he choose his life over the world?

and being Central City’s Greatest Crime Scene Investigator (CSI). I would have made the same choice. Honestly he has suffered enough.

Was the choice you made because of this cute baby? 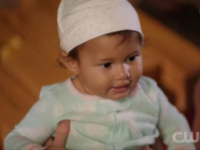 Yes, I mean how can you look into those adorable eyes not to mention the little time he spent with Nora and still choose to die. Do you not think for a second why he is “The Flash”. Its because of family, his family and the speed force knows a way to keep him alive but still won’t share it ( I think in the Flash’s mind he was thinking that there is a lot of ways the speed force could have helped him but they didn’t yet again not considering him for a change).

Did Flash Make The Right Choice?

He becomes more powerful than ever and saves the world from the coming crisis and stays alive and to this I say YES he made the right choice.

And YES he will be immortal with great power there by becoming the most powerful being even more than Mar Novu (the monitor).

Like the speed force said, he will loose his humanity the thing that make him Barry Allen, ” The Flash” the one that Iris Loves.

Is the Speed Force Really Deceiving Barry And Really Feels No Pain? 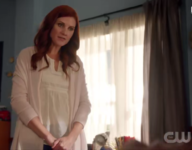 No the speed force might be insensitive but are not deceivers of evil, I mean they are deceiving Barry for the greater good.

You should have in mind that ” The Flash” is not just the hero and protector of earth but he is also the “The Hero And Protector”, ” The Link” and “The greatest asset” to the speed force. This is why he is so valuable to the speed force.

Or Is Ramsey Decieving Him?

Is He merging with Ramsey Make him dead too

No, hell NO. But I must admit that this is the worst thing “The Flash” has faced ever. No he is not dead and like Ramsey he habits the immortality blood and uses the blood to enhance his speed greatly.

What Are We To Expect

We are expecting TEAM FLASH to figure out a way to destroy Ramsey. I really want Barry to survive the coming crisis but this is no way to live. The that I know would have never chosen what he chose neighter would he have wasted so much time making a choice about life, so you see how painful this was for Barry.

Put yourself in his shoes man, he is “The Flash”, he has been saving people all his life even before he became “The Flash” he cannot even safe his family or himself