What Every Woman Should Know About Miscarriage And It’s Treatment

Miscarriage( Spontaneous Abortion ) And How You Can Treat It 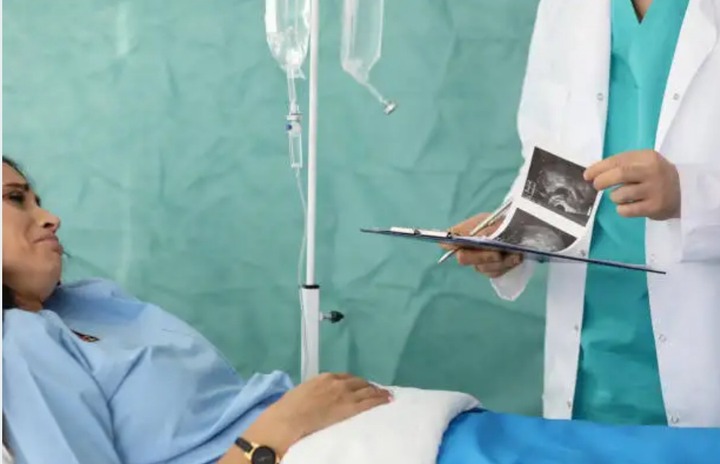 A miscarriage is the loss of unborn baby. Miscarriage are most frequent in the first 3 months of pregnancy.

Usually the baby is imperfectly formed, and this is nature’s way of taking care of the problem.

Most women have one or more miscarriages in their lifetime. Many times they do not realize that they are having a miscarriage. They may think their period was missed or delayed, and then came back home in a strange way, with big blood clots.

A woman should learn to know when she is having a miscarriage, because it could be dangerous.

Miscarriage is like a birth in the Embryo(the beginning of the baby) and the placenta(after birth) must both come out. Bleeding often continues until both are completely out.

Most miscarriages happen when the unborn baby has fatal genetic problems. Usually, these problems are unrelated to the mother.

Other causes of miscarriage include:

A woman has a higher risk of miscarriage if she:

How Do I Know if I Had a Miscarriage?

Bleeding and mild discomfort are common symptoms after a miscarriage. If you have heavy bleeding with fever, chills, or pain, contact your healthcare provider right away. These may be signs of an infection.

Can I Get Pregnant Following a Miscarriage?

Yes. At least 85% of women who have miscarriages have subsequent normal pregnancies and births. Having a miscarriage does not necessarily mean you have a fertility problem. On the other hand, about 1%-2% of women may have repeated miscarriages (three or more). Some researchers believe this is related to an autoimmune response.

If you’ve had two miscarriages in a row, you should stop trying to conceive, use a form of birth control, and ask your health care provider to perform diagnostic tests to determine the cause of the miscarriages.

Can a Miscarriage Be Prevenyed?

Usually a miscarriage cannot be prevented and often occurs because the pregnancy is not normal. If a specific problem is identified with testing, then treatment options may be available.

Sometimes, treatment of a mother’s illness can improve the chances for a successful pregnancy.

They woman should stay in bed, and the miscarriage should be treated with the same care and precautions as a birth.

If a heavy bleeding, or bleeding continues for many days.

* Get medical help. A simple operation may be needed to clean out the womb (dilatation and curettage or D and C).

* Stay in bed until the heavy bleeding stops and for 2 or 3 days after the miscarriage.

* if the bleeding is extreme, the use of oxytocics can be dangerous, and only a skilled health worker should use them. But if the woman is rapidly losing blood and medical help is far away, use oxytocics as suggested above. Oxytocin (pitocin) is probably the best.

* If fever or other signs of infection develop, treat as for childbirth fever with penicillin, 400,000 unit pills, 1pill 4 times daily, or injection of procaine penicillin, 250,000 units, twice a day for one week.

Bitter Kola: The health benefits of this plant are incredible

Here’s What an Allergy Headache Feels Like, According to an Allergist

How to Be a Fitness Model