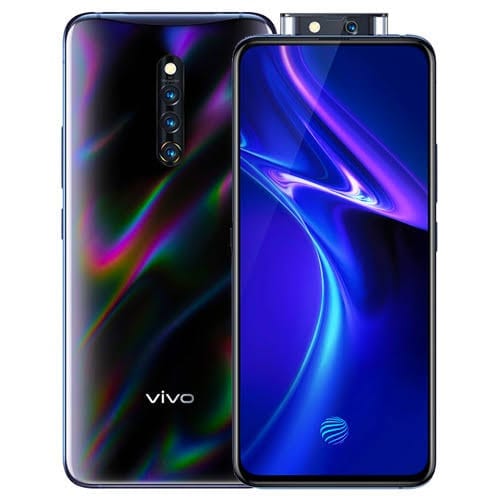 Vivo X27 Pro enters the Vivo X series as the older sibling of the Vivo X27. The Chinese manufacturer takes things a step higher with this smartphone. The screen size gets bigger, its quality goes up as well, and the sliding camera receives more resolution. Those are highlights of the goodies found in the Vivo X27 Pro. Stay with me as we go on a ride.

During the introduction, I didn’t add that the device’s design also gets a modification. Truth be told, it’s a very interesting upgrade. First off, the display’s increment in size ensures that the phone’s weight goes up by 12g. Secondly, the triple cameras now appear at the top central position at the back. Thirdly, the sliding camera has more width than the younger sibling as a result of the LED flash addition.

Despite all these, the fingerprint sensor is still found under the AMOLED panel. It’s precisely in the lower third portion of the display. Speaking of the display, the mammoth 6.7-inch touchscreen gives out more delectation to the user. Its quality is enhanced by the 1080 x 2460 pixels resolution coupled with 400ppi pixel density.

No changes were made in the battery compartment of this smartphone when compared to its brother. When the load of work enters the Vivo X27 Pro, a 4,000mAh battery is available to sort things out. It quickly charges due to the Fast battery charging 18W on board.

In the camera section, the 32MP pop-up camera snaps fantastic selfies in low light because of the addition of the LED flash. Its quality is twice as large as its lower sibling. Things remain the same in the rear photography department as 48MP, 13MP and 5MP execute imagery.

Working the software magic here is the Funtouch 9 in association with Android 9.0 Pie OS. Elsewhere, the 8GB RAM smoothly handles simultaneous running of apps while its 256GB ROM counterpart stores various forms of files. There’s no card slot, so expansion is impossible. Given the huge storage size, that’s not a cause for alarm. Lastly, the Qualcomm Snapdragon 710 SoC is the heart and soul of the Vivo X27 Pro.

The smartphone sells for about 180, 000 Naira depending on the deal and your location.

Here are a few specs of the Vivo X27 Pro:

Countries with the 7g and 8g internet speed

Solar battery: the best choice for your home

How to Identify the Best Long-Tail Keywords