THE WORLD RICHEST MAN AND HIS 7000 GOLD CARS. Imagine owning 7,000 cars. If you are a billionaire, then it is possible. Hassanal Bolkiah is the Sultan of Brunei Darussalam. The Sultan is the world’s second longest reigning current monarch, after Queen Elizabeth II. Considering that Bolkiah is royalty, he has plenty of money to purchaseHe has an estimated SEVEN THOUSAND cars – including over 300 Ferraris, 20 Koenigseggs, 6 Porsche 962 LMs, 11 McLaren F1s, and 600 Rolls-Royces. Reports suggest many of the priceless cars have fallen into a state of disrepair after the air conditioning in the garages was turned off in 2000, the cars gathering dust and mould in his huge warehouses filled with unique examples. This Rolls Royce is one of the most expensive cars in the collection. It’s been decorated with an undisclosed amount of 24-karat gold.

The car is worth almost $15 million. The Sultan’s daughter used it on her wedding day to get to the ceremony. Only five of the LM editions were produced by Mclaren and the Sultan has THREE of them. That’s just greedy. There are efforts being made to free them and restore them to their former glory. He also has a longtail as well as a few “normal” F1 road cars. The Sultan’s newphew was given a $1 BILLION birthday present from the Sultan when he turned 18. He decided he wanted a semi-automatic Ferrari. The problem was, in 1994 the technology didn’t exist. This didn’t stop Prince Hakim from having six of these semi-auto Ferraris built for him, and him only

Only 26 of the road-going versions of the Le-Mans racer were produced. 20 hard tops and 6 open top versions. The Sultan has one of each. The ‘Bolide’ was made especially for the Sultan by Ferrari. It has the chassis and internals from a regular F50, but with a one-off body kit and wing. Only six of these were made, again bespoke to The Sultan – who bought all six…The project was managed by Enrico Fumia, the head of the Research and Development department at Pininfarina. Fumia styled the car very similar to a Pininfarina Ethos Concept car made in the same period Another bespoke vehicle for the Sultan was Bentley’s Buccanneer. No technical specs are available but it was styled by French company Le Pin. The LM had its output boosted to a massive 720 horsepower and was lighter than the standard version (which was no fatty to begin with). The most recently sold example went for nearly $4m and there are 19 of them worldwide. The Sultan seems to give zero f*cks what people think of his colour choices, with many of his cars coming with garish yellow paintwork and interior upholstery. Here’s a rather uniquely styled Bugatti EB110 that’s part of his fleet. Images from inside the Sultan’s garages appear hard to come by. No doubt because anyone caught invading the Sultan’s privacy would be sentenced to serious capital punishment. His cars are kept within a razor-wire encircled compound with Gurkha guards on duty at all times. This shot shows the extent of his Ferrari addiction. Due to the Sultan’s lavish lifestyle, together with that of his brother Prince Jefri, he’s had to sell some of his prized cars from time-to-time to keep the coffers healthy. Dealers who visited his collection reported dust covered exotics left to rot, with moulding interiors, and most never driven with 0 miles on the clock. They include this BMW Nazca V12, Cizeta V16, Jaguar XJ220 and Ferrari Enzo.

This car was only available through special order until the early 90s, and it takes around 800 man hours just to make the body. One of its most avid patrons was not just the British Monarchy itself, but the Sultan of Brunei as well.

Named Rolls-Royce Cloudesque, he had two of them custom-built for himself, redesigning the boot to resemble a Rolls Royce Silver Seraph. the Bentley Java was really just a concept car when it came out in 1994, and only 18 made-to-order Javas were produced. This car was built on a BMW 5 platform, with a 3.5-liter V8 Twin Turbo engine and a top speed of 250 km/h. Another concept car, the Ferrari Mythos was not intended to be sold to the public. Capable of speeding up to 290 km/h, the Sultan had two of these custom-made for himself. Considering the Sultan is a car lover who can spend a fortune on cars, he doesn’t buy a regular Mercedes Benz. When he decided to purchase the C63 AMG, he ensured that it was one-of-a-kind. The Sultan’s Mercedes is 24-carat gold plated. The 63 AMG produces 469 horsepower from the 4-liter V8 engine.

The car has a top speed of 180 mph and needs 3.9 seconds to reach 0 to 60 mph. We’re pretty certain that nobody has a C63 that resembles the one that the Sultan owns

Considered the most expensive Rolls Royce, this $14 million car once belonged to His Highness Dharmendrasinhji Lakhajiraj, the Thakore Sahib (Lord) of Rajkot city.

The Sultan of Brunei purchased this at an auction, for which the car was awarded a Guinness World Record for being the most expensive vehicle in the world that was ever sold during an auction.

There are only three of these cars ever manufactured in the world — and they were all made for the Sultan.

Re-bodied by Italian coachbuilder, Zagato, the cars have an increased engine power of 600 bhp, thanks to their V600 platform. They can go from 0-60 mph at around 4.4 seconds, with a top speed of 330 km/h.

Considered ’The greatest automobile ever created’ and ‘The Most Excellent Sports Car Of All Time’ among car enthusiasts and lovers alike, the McLaren F1 was sure to catch the eye of the Sultan of Brunei right from the start.

This car is listed as one of the fastest naturally aspirated cars currently available in the world, with only 106 manufactured between 1992 and 1998.

No, this isn’t a model that’s made for boring and “peasant” drivers like us. This vehicle was specifically created by Mercedes Benz for the Sultan of Brunei only. And he has ten of these, to be exact. 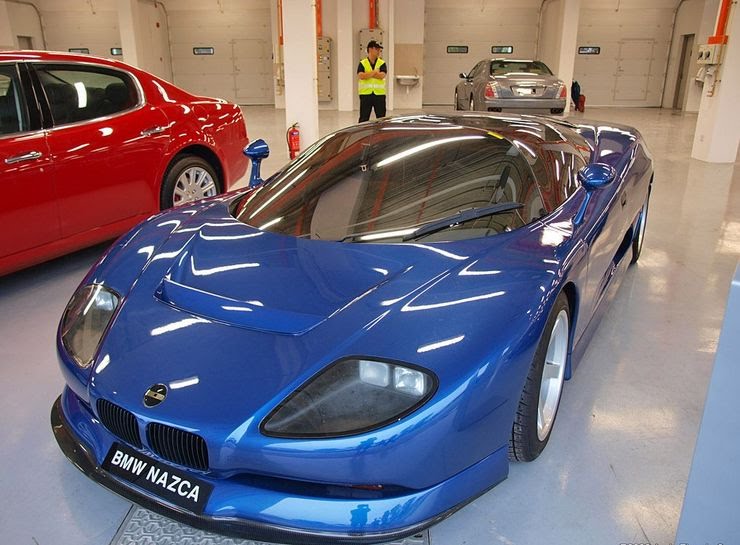 Talk about a futuristic design. When the Sultan buys a BMW, he doesn’t settle for the i8 like us mere mortals; he wants a unique car. Originally, BMW built the Nazca M12 as a concept, but when the Sultan laid his eyes on the car, he summoned the manufacturer to produce one model for him. 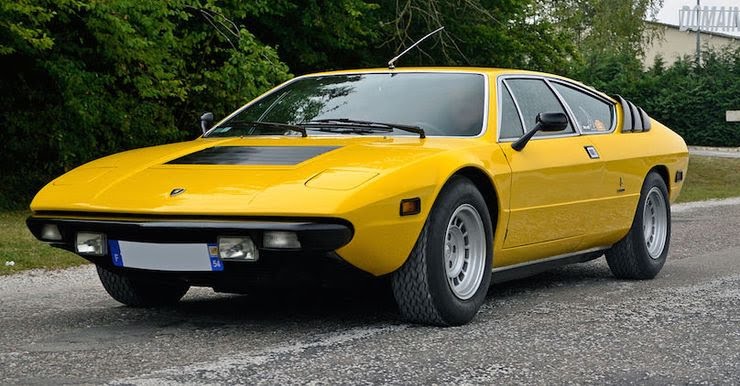 Sorry, which Lamborghini did you say the Sultan owned? You didn’t expect the world’s biggest car connoisseur to own a petty model such as the Huracan or the Aventador. The Urraco is so rare that only 791 owners have a preview of the car. The Sultan is one of the lucky owners, but his Urraco is grey. The only reason that the pictured one is yellow is due to the difficulty of finding pictures of this classic beast that the manufacturer from Italy produced between 1973 and 1979. 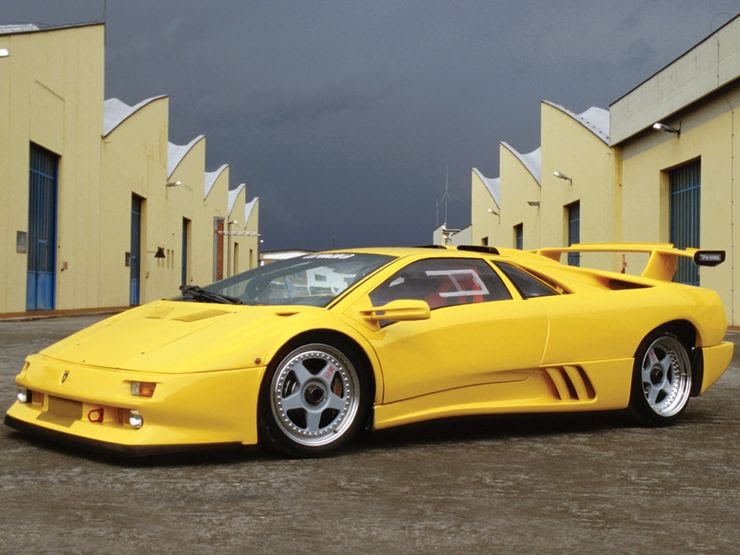 Ask Lamborghini enthusiasts which car they would love to own the most, and they will answer, “The Diablo.” The manufacturer from Italy produced the car from 1990 until 2001. In my opinion, Lamborghini never should have ceased the production. The car is a classic, fetching at higher prices than most Aventadors and Murcielagos. 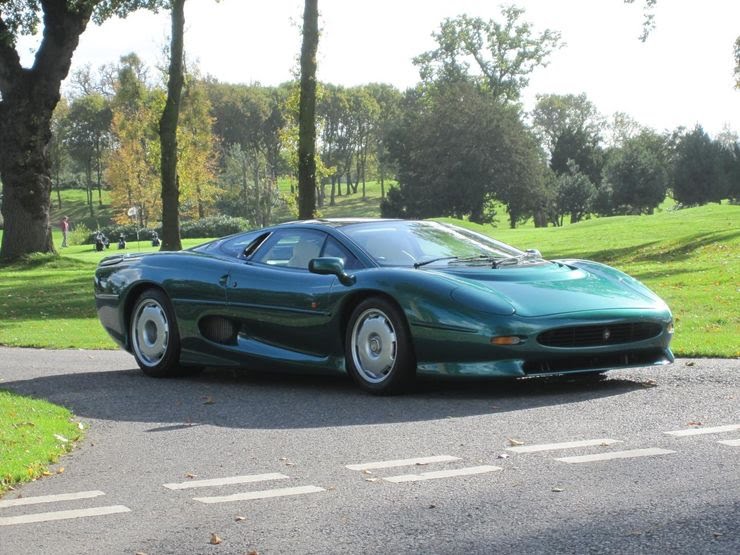 The XJ220 was in production for only three years, but it left its mark. If it hadn’t, it wouldn’t have caught the eye of the Sultan. Jaguar produced only 282 units, and the Sultan was flabbergasted to discover that the XJ220 had a top speed of 212 mph. 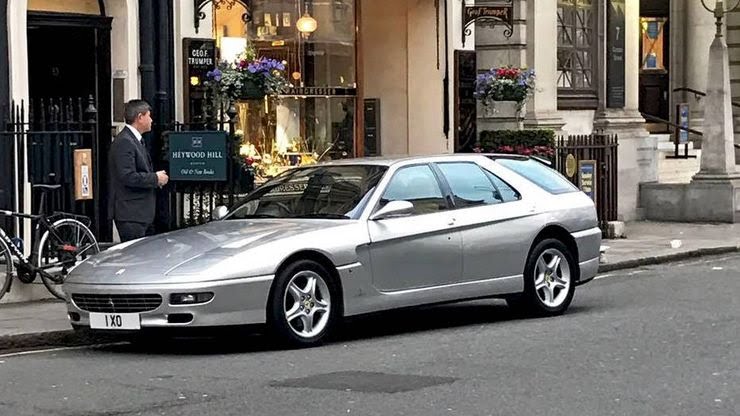 Car fans who search for the Ferrari 456 might track it down but will struggle to find the GT Venice version. The manufacturer from Italy made the car exclusive, as it produced only seven units.

Prince Jefri, the Sultan’s brother, commissioned Ferrari Pininfarina to produce the majestic vehicle. The Sultan’s brother purchased six of them. The seventh model went to a private car collector in the United Kingdom. The estimated price for one vehicle was around $1.5 million. That’s the price you pay for exclusivity. 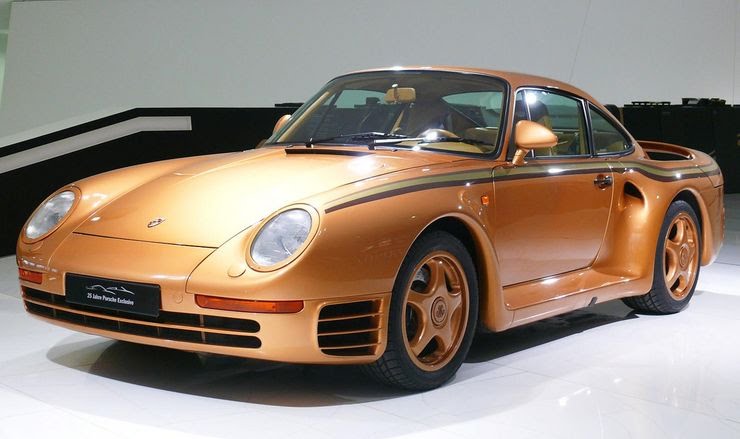 Purchasing a Porsche is a surreal experience for the average joe. When you walk into the dealership and point to the 959 to claim ownership, you can’t believe that you made it in life. When the Sultan walks into the dealership, he looks around for a gold-plated 959. If he can’t see it, he asks Porsche to make an exclusive model for him.

According to Car and Driver, the 959 has a 2.8-liter flat six-cylinder engine that produces 444 horsepower and allows the car to reach 0 to 60 mph in 3.3 seconds. 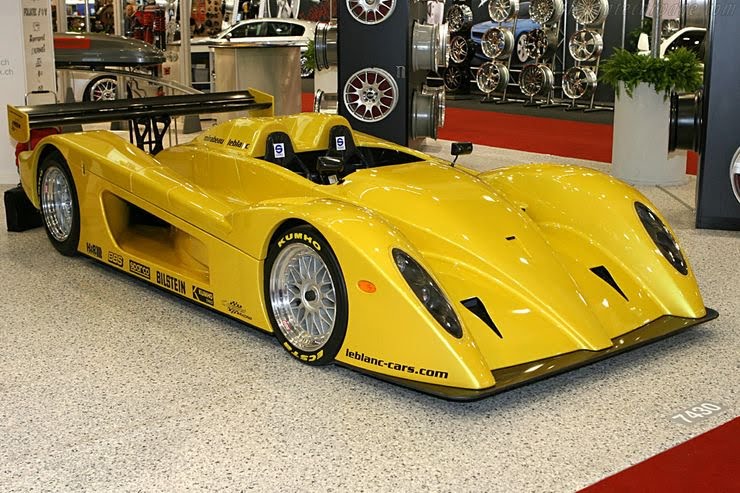 The Sultan wanted a fast car and purchased the Leblanc Mirabeau. The good news is that the car is legal and can reach a top speed of 230 mph. That is surprising considering the car has a 4.7-liter V8 engine, which can pump out 700 horsepower. 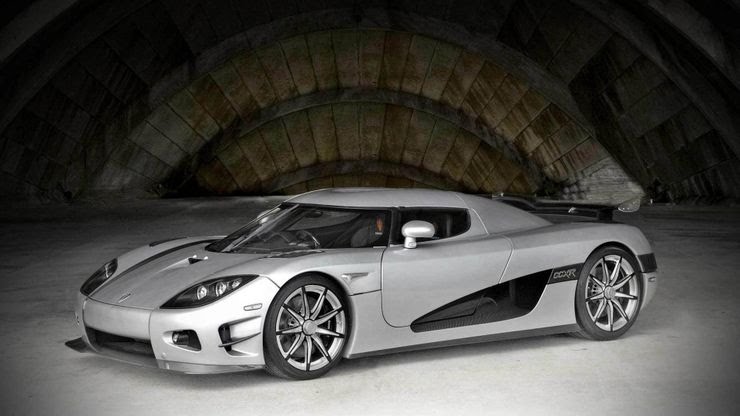 Floyd Mayweather isn’t the only person in the world to own the Koenigsegg, as the Sultan was prepared to pay $1.3 million for the CCXR. The CCXR is a variant of the CCX, manufactured as an environment-friendly car. The Sultan’s car has a top speed of 250 mph and needs 2.9 seconds to reach 0 to 60 mph. 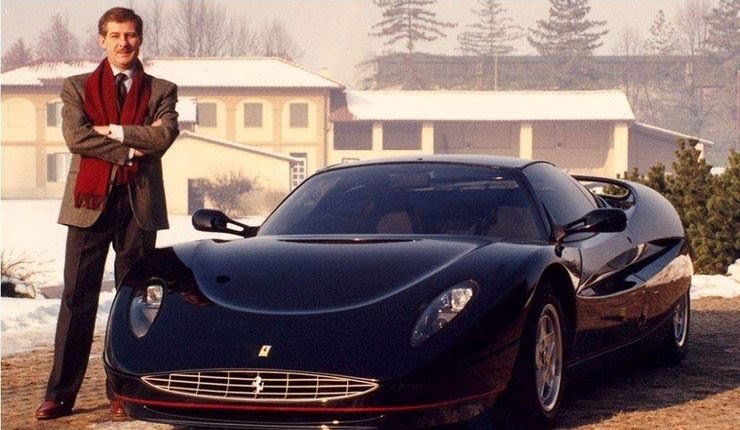 The one that the Sultan owns is red, but the car is so exclusive that finding clear pictures of the one he has in the garage is almost impossible. Ferrari produced six units of the F90 for the Sultan in 1988. At the time of production, the project was a top secret. Enrico Fumia, the designer of the car, stated that the F90 referred to the Ferrari of the 90s. 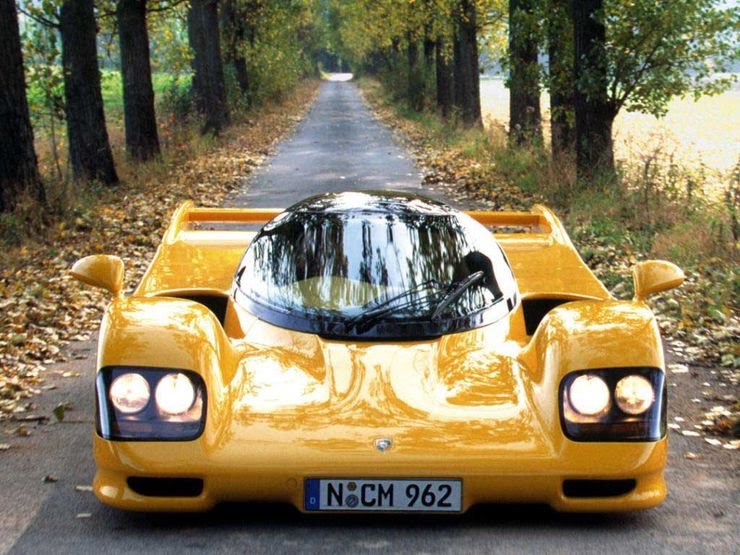 The Sultan is all about exclusivity, so it shouldn’t come as a surprise that he owns one of the rarest vehicles in the world. The Dauer 962 is a sports car based on the Porsche 962 race car. The racing version of the car won the 1994 24 Hours of Le Mans. Apart from the handsome looks of the Dauer 962, the other great aspect of the car is that the manufacturer produced only 13 units. Bentley isn’t known for making SUVs, so it might come as a surprise to many car enthusiasts to know that a model other than the Bentayga existed. Well, when you’re the Sultan of Brunei, you can commission Bentley to make you the car of your dreams.The Sultan asked Bentley to make him the Dominator, which the Sultan ordered six. The Dominator is the first SUV that Bentley produced in 1994. The car was so exclusive that information and pictures are scant. 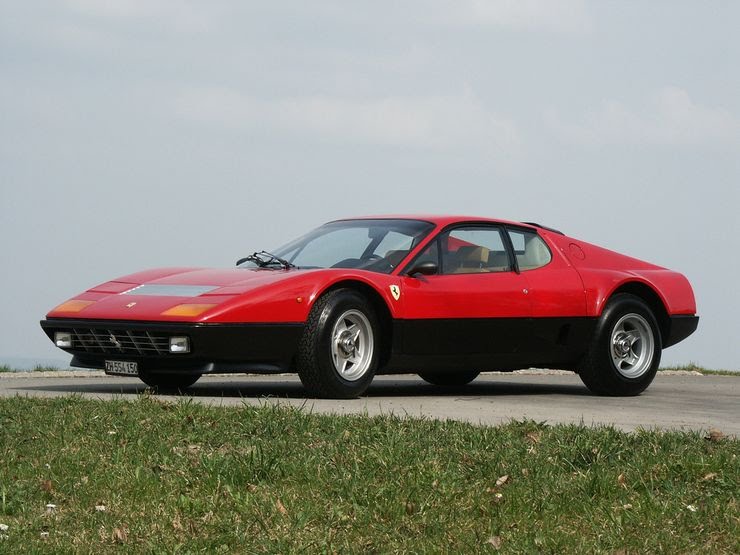 Since the Sultan has more than 450 Ferraris, you shouldn’t be surprised that he owns at least two 512BBs. The BB stands for Berlinetta Boxer, which Ferrari produced from 1976 until 1981. The 512 referred to the car’s 5-liter 12 cylinder engine that was capable of pumping out 360 horsepower. Ferrari produced 929 models. 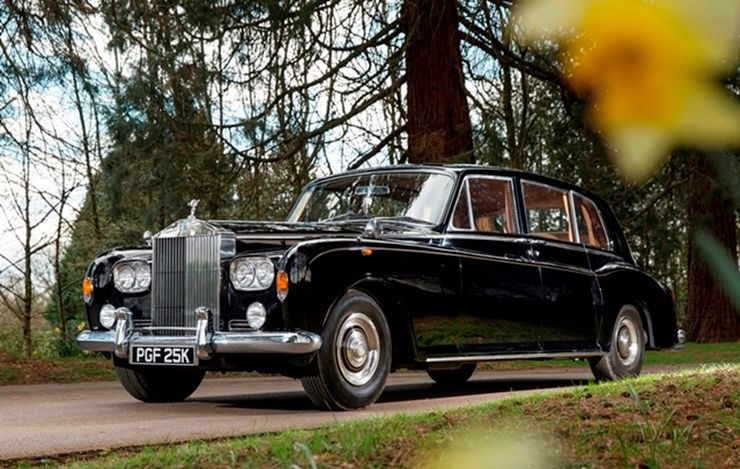 The Sultan instructed Rolls Royce to custom build two of the cars for him by redesigning the boot to resemble a Rolls Royce Silver Seraph. That was a good choice in vehicles.

He has more than

How to connect your Xbox controller