Specs and price of pouvoir 2 pro in Nigeria

Tecno is a known budget king when it comes to smartphone in this part of the world. In a bid to maintain that status, they have a wide range of budget smartphone you can choose from. One of the recent additions to that list is the Tecno Pouvoir 2 Pro (a.k.a Tecno LA7 Pro). Serving as an upgrade to the tecno pouvoir 2, the smartphone has a larger RAM size and a better front camera. Nevertheless, that is about all there is differentiating both smartphone. 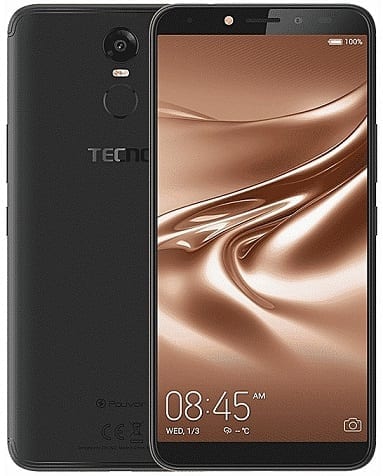 There’s not much of a difference between the Pouvoir 2 and 2 Pro. Both smartphone have an identical build and are both made of plastic.

The Tecno Pouvoir 2 Pro has a regular 18:9 aspect ratio with slim bezels and his available in blue, black and champagne gold. The back cover has antenna lines which is most likely a roose because it is all made of plastic. It also has a fair thickness with a figure of 8.2mm which is nice considering the big battery inside.

The same story goes for the display, there is a 6.0-inch LCD screen on the smartphone which is what is on the Tecno Pouvoir 2 too. Besides the smartphone also comes with exactly the same resolution of 1440 X 720 pixels.

This is where the power of the smartphone following its naming comes in as it has enough of it in store. The Tecno Pouvoir 2 Pro comes with an impressive 5, 000 mAh battery which according to Tecno Pouvoir will last for about 4 days which is not really feasible for average users.

A slight improvement has been made to the camera and has mentioned earlier it only appears in the front camera where it has 13MP camera rather than the 8MP camera on the Tecno Pouvoir 2. The primary camera, however, stays the same with a 13MP lens accompanied by LED flash.

Not much has changed on the inside, the Tecno Pouvoir 2 Pro still ships with a Quad-core MediaTek MT6737 processor which is joined by a Mali-T720 MP2 GPU.

The Pro version will also add 1GB to the RAM size making it 3GB RAM on the smartphone but still offers 16GB built-in storage space. You could decide to increase the storage to 128GB if you so wish using your memory card.

In addition, you will be getting the Android 8.1 Oreo pre-installed on the smartphone with Tecno’s tweaked UI.

Here are a few specs of the Tecno Pouvoir 2 Pro: