See the 10 Fatal Diseases That Can Kill human In Less Than 24 Hours. (Beware of them)

See the 10 Fatal Diseases That Can Kill human In Less Than 24 Hours. (Beware of them) 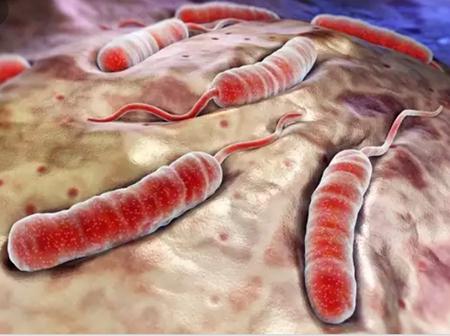 There are many diseases that can be fatal to anybody who is exposed to them, with some leading to death in an instant if the person is unprotected. Unlike slow-escalating illnesses such as AIDS and cancer, which allow a victim to still have time to be with loved ones and seek treatment, there are certain diseases that can kill within just a day. The fact that many of these also still do not have a cure makes the situation worse. Here are 10 fatal diseases that can kill in less than 24 hours.

According to the American Stroke Association , stroke is the 5th leading cause of death in the U.S., with someone dying from it at an astounding frequency of every four minutes. Stroke is described as a blood clot in the brain that disables oxygen from bringing the necessary nutrients for its proper functioning. Medications may be given to dissolve or burst the clot, but it should be given within three hours or else it will be fatal.

This is called after the meninggococal bacteria which can run through the bloodstream and cause multiple organ failures. Patients diagnosed with the disease can die within four hours of acquiring it. The bacteria spreads rapidly all over the body, causing blot clots, tissue destruction and muscle malfunctioning. So far, the best proven defense against the disease is vaccination.

People suffering severe symptoms of diabetic ketoacidosis can become comatose or die within 24 hours. This disease, which is a complication of type 1 diabetes, happens when the insulin levels in the body are extremely low, eventually making the blood acidic. Typical symptoms start with nausea, headache, muscle stiffness and rapid breathing. Treatment is via increased insulin and fluid intake, but these must be given immediately.

This happens when your blood pressure drops severely due to a bacterial infection in the blood. When discovered, care must be given within six hours or the rate of survival becomes very low.Research shows that the symptoms for sepsis are typically undetected and only about 50 percent of those who have it succeed in getting immediate medical help.

This disease’s symptoms are similar to the flu so a diagnosis often comes too late. This virus comes from exposure to rodent urine, droppings or saliva. Patients will need to undergo ICU treatment to recover, though this will have to be done instantly, as it has been observed to be fatal to 35 percent of those exposed, according to the CDC.

Also called necrotizing fasciitis or flesh-eating strep infection, it usually starts with a red bump that will quickly spread to other parts of your body. Quick identification and diagnosis is needed to treat it, followed by antibiotics and, if necessary, surgery to amputate a limb or get rid of the exposed tissue. The bacteria enters the body through any break in the skin and spreads almost instantly.

This disease affects the lungs and is treated with antibiotics, but instant detection and diagnosis are necessary. It is typically transmitted through contact with somebody who is infected or through an insect or flea bite. If unaddressed, it could kill within 18 to 24 hours.

This mosquito-borne virus starts off looking like a harmless flu so it is often late being diagnosed. Dengue destroys the platelets in the blood and eventually cause internal bleeding if not addressed instantly. In severe causes, death could happen within just a few hours.

Similar to dengue hemorraghic fever, ebola is an illness that causes the internal organs and orifices in the body to bleed. It has a 50 to 90 percent fatality rate, depending on its severity, and people have been reported to die within hours.

Malaria, which is a mosquito-born disease, introduces a parasite in the body which then works to destroy one’s red blood cells. Blood is responsible for bringing oxygen to all the key organs. If left untreated, it could kill within hours.

EAT TO LIVE; KNOW WHAT YOU EAT