Nigeria beat Egypt 1-0 in a friendly thanks to a goal scored inside 10 seconds in Asaba on Tuesday. 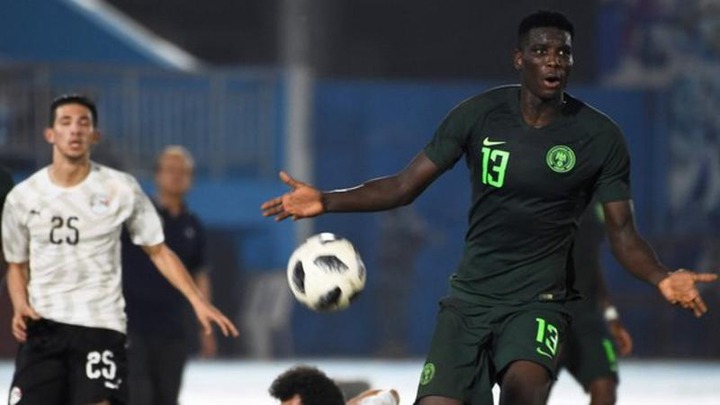 Elsewhere, Senegal needed Sadio Mane to come off the bench and help them to a win over Mali.

With the Africa Cup of Nations in Egypt fast approaching, it was an important round of matches for coaches and players.

Nigeria’s Denmark-based Onuachu, who was making his full international debut, seized his opportunity to make an impact.

The ball was chipped forward for him to run on to, he took it round the defender with one touch and then scored with his second to stun Egypt and delight the still settling crowd.

It was the only goal in a game which pitted two of the major contenders for the Nations Cup crown together, and Egypt – with the rested Mohamed Salah absent – tested the Super Eagles as well.

Herve Renard’s Morocco were beaten, going down 1-0 to Argentina, who were without Lionel Messi, thanks to an 83rd minute goal from Angel Correa.

Argentina coach Lionel Scaloni admitted his side had been tested by the Atlas Lions.

“It was a tough game, Morocco has good players and were supported well by their fans,” he said.

“We’re happy to win the game despite the difficult conditions, especially the strong wind (in Tangier) and had a negative impact on the players and the quality of the overall game.

“We were looking for victory to satisfy our fans and make them confident in our team following the last defeat (3-1 to Venezuela).”

Morocco coach Herve Renard was not impressed by the standard of the football.

“I was bored… this is the first time in my career that I went into a locker room at half-time and I had nothing to say to my players – we did everything except playing football,” he said.

“It was not a football game – but a fight. The plans (choice of opponents) for the Nations Cup will depend on the draw.”

Salah may have been absent but his Liverpool teammate Sadio Mane came off the bench for Senegal to rescue a win for them against Mali.

They were a goal down with three minutes remaining when Mane skipped past several defenders into the box and scored with a low shot to level it at 1-1.

And well into stoppage time Mane had yet more influence on the game as he set up Senegal’s winner from Moussa Kounate.

The other matches also featured many of the serious contenders for Egypt 2019 later this year.

Ghana’s Black Stars also took an early lead – inside two minutes – against Nations Cup debutants Mauritania in Accra, and they won the game 3-1.

In the North African derby between Algeria and Tunisia Algeria kept up their stellar record of not losing a game at home in Blida since 2002, with a 1-0 win.

And Ivory Coast left it late, but earned a 1-0 win over Liberia thanks to a 90th minute penalty from Aston Villa’s Jonathan Kodjia in Abidjan.