Derived from the existing CB Shine SP sold in the market, the SP 125 is HMSI’s first BS6 compliant motorcycle in the company’s portfolio. The motorcycle continues to follow the same silhouette but with more premium looks and equipment. Honda offers the SP 125 in two variants including drum brake and disc brake at the front.

In terms of design, the motorcycle gets a revised styling that is prominently sculpted with edgier contours. To go with this sporty look, the SP 125 comes with an LED headlamp and tail lamp. It features a fully-digital instrument console complete with an Eco indicator, real-time fuel efficiency, gear position indicator and a service reminder, besides the standard information. It also gets an engine kill switch which is a segment-first feature.

Coming to the engine, the motorcycle is powered by an updated 125cc unit that is now BS6 compliant with electronic fuel injection. The engine now produces 10.5bhp of max power and 10.3Nm of peak torque. Transmission duties continue to be handled by a five-speed gearbox. For the SP 125, Honda has equipped the motorcycle with an ACG starter for smoother engine cranking.

In terms of cycle parts, the SP 125 comes with the same setup as offered on the CB Shine SP. It gets telescopic forks up front and twin spring-loaded shock absorbers at the rear. Braking is handled by drum brakes on the base and a disc-drum setup for the higher variant. Both versions come with CBS as standard. The bike rides on 18-inch rims and 80/100 section tyres at both ends. 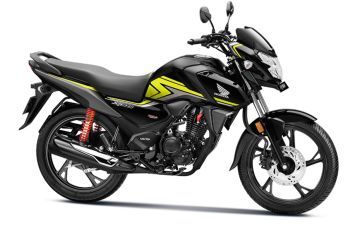 Honda has announced a nominal price hike for the SP125 commuter motorcycle. Prices for both trims have gone up by Rs 552. The drum variant is now priced at Rs 73,452, while the disc variant costs Rs 77,652 (all prices ex-showroom Delhi).

Honda launched the BS6 SP 125 in November last year. It is Honda’s second BS6-compliant two-wheeler to go on sale in India and the first motorcycle from the Japanese brand to be updated for BS6 emission norms. It is powered by a new 124cc single-cylinder fuel-injected motor which generates 10.8PS at 7500rpm, 0.57PS more than the BS4 Shine SP. The engine features an ACG starter which makes sure the engine is cranked silently.

As far as the underpinnings are concerned, it continues to use the same diamond-type frame as the CB Shine SP. Suspension bits also remain the same telescopic fork and twin shock absorbers. The motorcycle comes to a halt using a 240mm disc/130mm drum up front and a 130mm drum at the rear with CBS as standard.

Other notable features include an all-LED headlamp, fully-digital instrument cluster with real-time and average efficiency, range, and even gear position indicator. Honda has also equipped the bike with new premium-looking switchgear and an engine kill switch as well.

The SP125 competes against the Bajaj Pulsar 125 and the Hero