Giants that once walked the earth 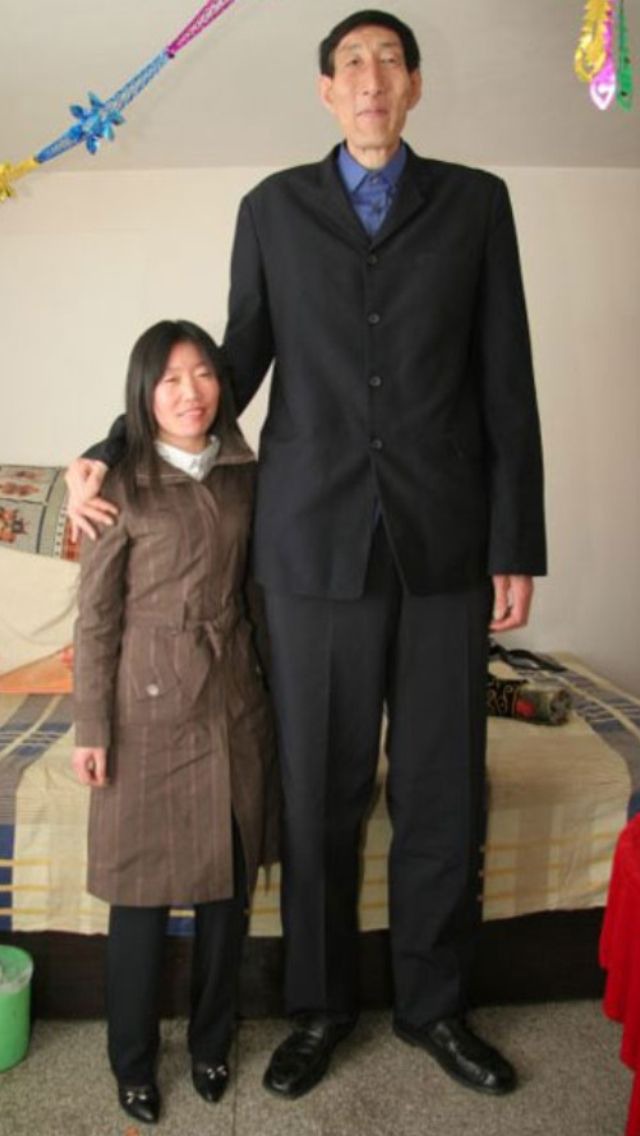 The existence of Giants is it a myth or truth.

Throughout the world and in every continents there have been stories about the existence of a giant race of humans that once walked the earth. But are they true or is it just a mere folklore people set to entertain themselves after they are well fed.

There are very convincing evidence and theories that make the existence of a race of Giant factual.

In 2013, after heavy storms in Ecuador, a large female skull was found in Aloha province. Scientists determined the skull was approximately 600 years old. The discovery of the skull inspired a search for the rest of the skeleton, the parts of which were found and assembled a few weeks later. The skeleton stood at 7ft 4” tall, which was astounding, considering that the average height of a woman in those days was only 5ft 8” 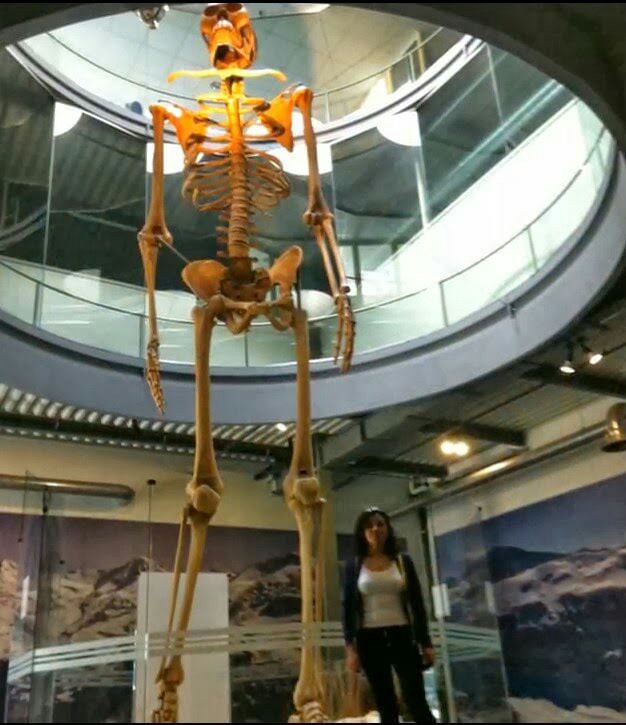 In 1912, a 4 foot long print was unearthed in South Africa, that was dated at over thousands of years old. Whatever humanoid made the print would have to have been over 27 feet tall. 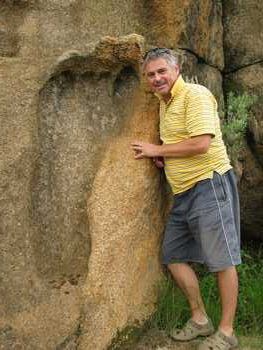 Genesis 6:4 – ‘There were giants in the earth in those days; and also after that, when the sons of God came in unto the daughters of men, and they bare children to them, the same became mighty men which were of old, men of renown’._kjv 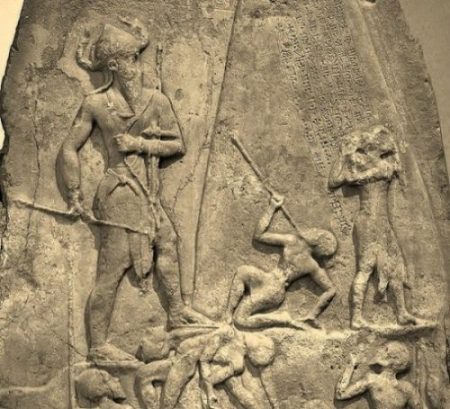 Biblical evidence says that there where giants on earth in those days and after the sons of God came upon the daughters of men. This suggests two race of Giants the first that came from natural copulation and the second that comes from a hybrid between mankind and angels.

How did the angels mate with mankind and where do they come from? “The angels that came unto the daughters of men” where not the ones thrown from heaven but rather, they were sent to watch over mankind (ministering spirits) but upon longing to feel what humans go through in the physical state left the spirit realm and committed abomination with mankind.

Jude 1: 6 And the angels which kept not their first estate, but left their own habitation, he hath reserved in everlasting chains under darkness unto the judgment of the great day._ kjv

And thus the resultant children being also an abomination. According to the book of Enoch the children grow so fast and where always hungry because of their constant growth, and the mother’s have to keep up in feeding them, but when they could no longer be fed by human food they went into peoples farm eat there farm produce, because they where always hungry nag growing. Them eventually the neighbours could no longer bear the havoc caused by this children and revolted against their mothers, but the children themselves grow so big and since eating peoples crops, and animal where not enough they became to eat humans too and thus where feared because nobody could challenge them. Thereby they ruled the earth in those days and caused oppression to human. So therefore God who was not happy with them destroyed them with a flood saving Noah and his family, the last seed of humanity to be established on the earth.

But that was for the second race what about the first who where as a result of natural reproduction. Though they were destroyed by the flood, their genes in smaller quantity where passed on to the remaining humans who survived the flood. And This resulted in the giants that where discovered after the flood, that’s the Anakim recorded in the days of Moses and subsequently Goliath and his family and every other existence of Giants after the flood 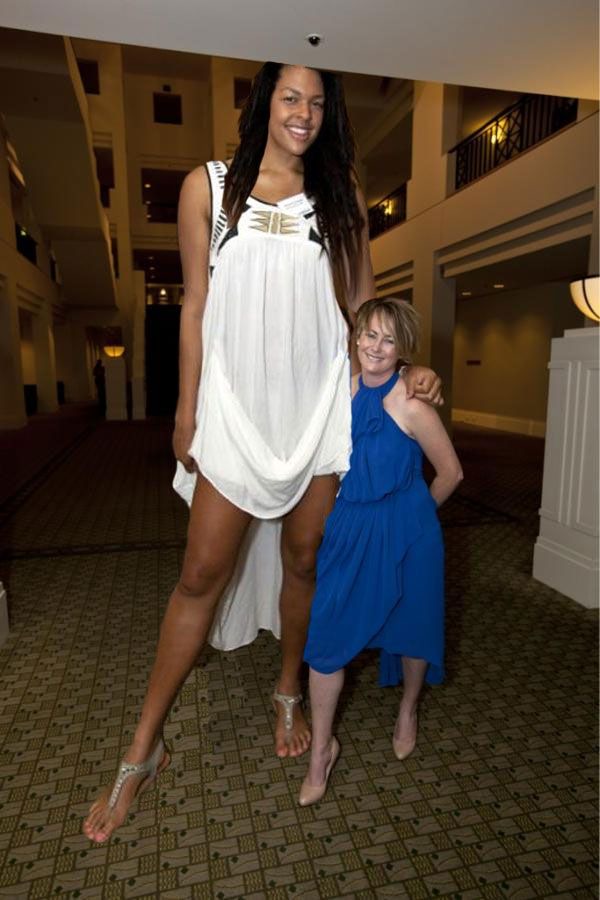 Numbers 13:33 And there we saw the giants, the sons of Anak, which come of the giants: and we were in our own sight as grasshoppers, and so we were in their sight. _ kjv.

Have there been numerous discoveries of Giants a skeletons and remains around the world in times? yes, them what happened to the remains, in the 20th century a lot of remains or proof of a giant race where discovered around the world especially in north America, but since this evidence would disapprove the evolution theory, the society responsible for archaeological discoveries in The US called the Smithsonians confiscated them and destroy these evidence because it’s totally against what scientists have told us and what was been learned in school, but in contrast with biblical findings that might proof that humans emerged on earth by creation not evolution. 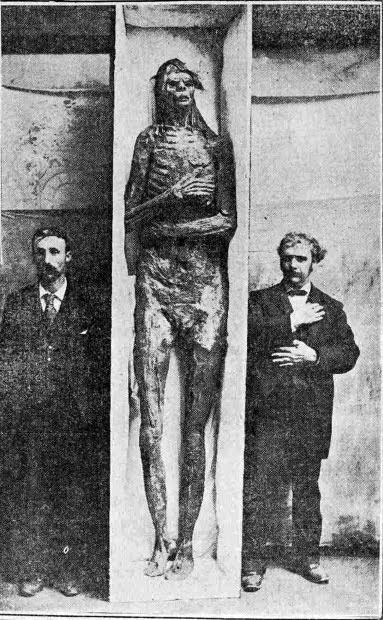 Apparently the Smithsonian’s concept of “in the public interest” includes “protecting Darwin’s theory of evolution, and the established historical narrative, at all costs” In other words, lying to the public.

In August of 2015, a US Supreme court ruling forced the Smithsonian Institute to admit that it had been covering up and destroying tens of thousands of giant skeletal remains since the early 1900’s.

The case against the Smithsonian was made by the American Institution of Alternative Archeology (AIAA), and the irrefutable evidence came from whistle blowers within the Smithsonian, who admitted to the existence of documents that allegedly proved the destruction of tens of thousands of human skeletons reaching between 6 feet and 12 feet in height, a reality mainstream archeology can not admit to for various reasons.

A spokesman for the AIAA, James Churward, explained:

“There has been a major cover up by western archaeological institutions since the early 1900′s to make us believe that America was first colonized by Asian peoples migrating through the Bering Strait 15,000 years ago, when in fact, there are hundreds of thousands of burial mounds all over America which the Natives claim were there a long time before them, and that show traces of a highly developed civilization, complex use of metal alloys and where giant human skeleton remains are frequently found but still go unreported in the media and news outlets.” 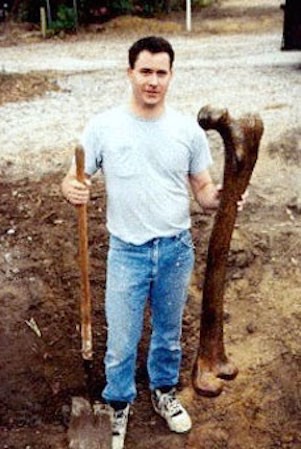 A turning point of the court case was when a 1.3 meter long human femur bone was shown as evidence in court of the existence of such giant human bones.

The evidence came as a blow to the Smithsonian’s lawyers as the bone had been stolen from the Smithsonian by one of their high level curators in the mid 1930′s who had kept the bone all his life and which had admitted on his deathbed in writing of the undercover operations of the Smithsonian.

6 tricks to getting a thigh gap

The Power of communication