Elephone A3 Pro Specs and Price

It seems entry-level smartphones are now being made with more finesse which brings more life to this bottom tier smartphones. Elephone A3 Pro is a smartphone that shows it could do so much without having a bogus price tag. The biggest feat comes in the camera department with the smartphone having as much as four cameras shared equally on both sides. Other features are also impressive enough for a low budget smartphone too but the design looks the part anyway. 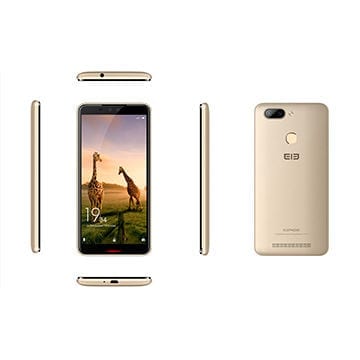 For a smartphone with a budget tag, it definitely looks like one with its plastic build and lacklustre look. You’ve got the camera horizontally aligned at the left corner alongside the flash while the speaker grille is at the bottom on the back of the smartphone. The bezels are just alright not too much and not little either. Colour options available include blue, gold and black.

The display here is average both in size and resolution but still very much usable practically from day to day. Following the 18:9 aspect ratio, the smartphone looks up to date even with the 5.45-inch screen. To the resolution on the smartphone, there is an HD+ resolution on it which is fair enough for a budget smartphone.

There is nothing budget about the battery you have on the smartphone considering the ample capacity it comes with for a 24 hours timeline. You do have a MicroUSB port to charge the phone and considering it is with 4, 000mAh of battery juice, that will take about 2 hours till full charge if not more.

Don’t be carried away by the charade of a quad camera on low budget smartphones like the Elephone A3 Pro. In this case you have a duo on both sides, but the reality is that, sometimes the secondary cameras don’t even work. On the smartphone, you’ve got a 13MP camera and another 0.3MP camera on the back. Over to the front is a 5MP camera alongside a 0.3MP sensor just like the one at the back.

Much of the smartphone in the entry-level sector don’t have much in terms of hardware which is why the chipset on the phone only have four cores. The MediaTek MT6739 processor on board has 64-bit architecture alongside a PowerVR GE8100 GPU in charge of graphics. There are two available options to choose from, between a 2GB RAM and 16GB ROM variant or a 3GB RAM having 32GB of storage space. However, you can add more storage space using the Micro SD card slot on the phone which has Android 8.1 Oreo running on it.

Elephone A3 Pricing and Availability

The smartphone goes for about 30, 000 Naira depending on the deal and your location.

Here are a few specs of the Elephone A3 Pro:

A Brief History of Computer Technology